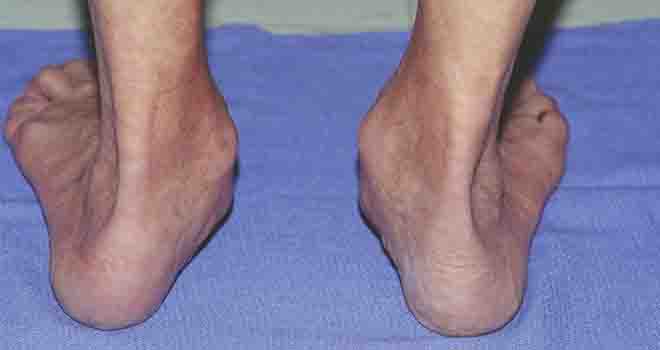 What is flatfoot reconstruction?

Flatfoot reconstruction is a combination of surgical procedures that repair the foot’s ligaments and tendons and correct deformities of the bones to restore and support the arch. These adjustments can reduce pain and help the patient return to an active life.

Complication rates for flatfoot reconstruction are low. However, the procedure carries the risks of any surgery, including infection, bleeding, blood clots, nerve or blood vessel damage, and anesthesia-related problems. Other complications include a failure of the bones or the surgical wound to completely heal.

Sometimes, a patient may be bothered by the hardware left in the foot to stabilize the bones. If this occurs, it is usually possible to remove the hardware after healing is complete.

Since there are many different causes of flatfoot, the types of flatfoot reconstruction surgery are best categorized by the original condition:

Posterior tibial tendon dysfunction is a condition in which the tendon connecting the calf muscle to the inner foot is torn or inflamed. Consequently, the damaged tendon can no longer serve its main function of supporting the arch of the foot. Flatfoot is the main result of this type of condition and can be treated by the following flatfoot reconstruction surgeries: