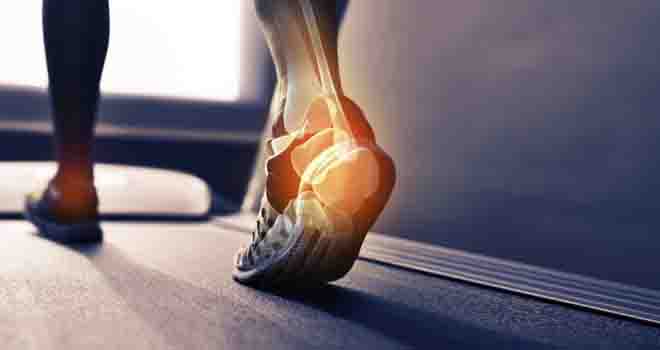 What parts of the ankle are involved?

The ankle joint is formed where the bones of the lower leg, the tibia and the fibula, connect above the anklebone, called the talus. The tibia is the main bone of the lower leg. The fibula is the small, thin bone along the outer edge of the tibia.

The ankle joint is a hinge that allows the foot to move up (dorsiflexion) and down (plantarflexion). The ankle is a synovial joint, meaning it is enclosed in a joint capsule that contains a lubricant called synovial fluid.

The talus rests on the the heelbone (the calcaneus). The joint formed between these two bones is called the subtalar joint. The calcaneus extends backward below the ankle, forming a shelf on which the talus rests.