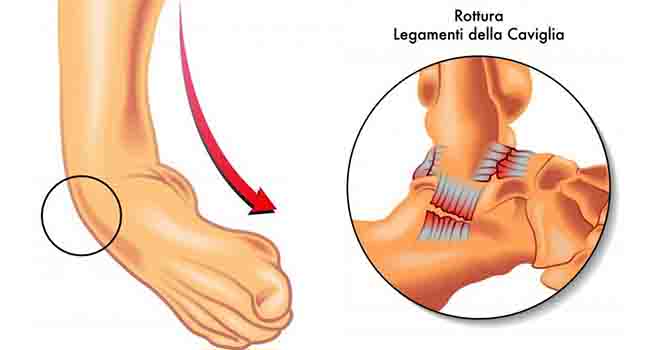 What is an Ankle Sprain?

An ankle sprain (also known as a lateral ankle ligament sprain) is the most commonly occurring injury to the ankle. During weight bearing activity (walking, running or jumping) the ankle and foot move inwards, towards the mid-line of the body, more than the stabilizing structures allow, thus resulting in injuries to these structures. Most commonly it is the lateral ankle ligaments and the lateral ankle joint capsule are torn. The normal ankle joint is not simply a hinge joint, there is also rotation which occurs during up and down movement of the ankle. The same type of forces which “lever the ankle inwards” during an ankle sprain can also lead to fractures of the lower fibula (the outer bone of the ankle), most commonly when rotational force is also involved. Because of this any inability to bear weight comfortably after an ankle sprain or any tenderness of the bones around the ankle after a supposed ankle sprain requires a plain x-ray to exclude the presence of an ankle fracture.

The Ankle Ligaments Injured by an Ankle Sprain

What else can be injured when an ankle sprain occurs?

The same type of forces around the ankle can produce an ankle fracture, crush the lining of the joint resulting in chondral (cartilage) or osteo chondral injury.

Alternatively the bleeding may eventually lead to scarring which remains within the ankle joint and this scar tissue can interpose itself between the bones of the ankle and produce pain and feelings of instability. More rarely the peroneal tendons can become dislodged from their normal position behind the fibula, a condition known as peroneal tendon subluxation.

What symptoms might I have with an ankle sprain?

The initial symptoms following an ankle sprain are pain, swelling and subsequently bruising which may affect both sides of the joint. Additionally, it is not unusual to find it painful to put weight through the joint and the joint may also feel immediately unstable. Pain on attempted weight bearing after a presumed ankle sprain is something that requires immediate medical review. Pain to the touch of any of the ankle bones or an inability to put weight through the ankle following ankle sprain necessitates an x-ray examination.

How common is a sprained ankle injury?

It may be as common as to account for 25% of all musculoskeletal injuries. Another way of looking at it is that one injury occurs per day per 10,000 of population.

This is when the ankle continues to feel unstable after a fracture or sprain and ‘gives way’ (which can cause more injuries.